Compass reinvents the real estate sign for the smartphone era 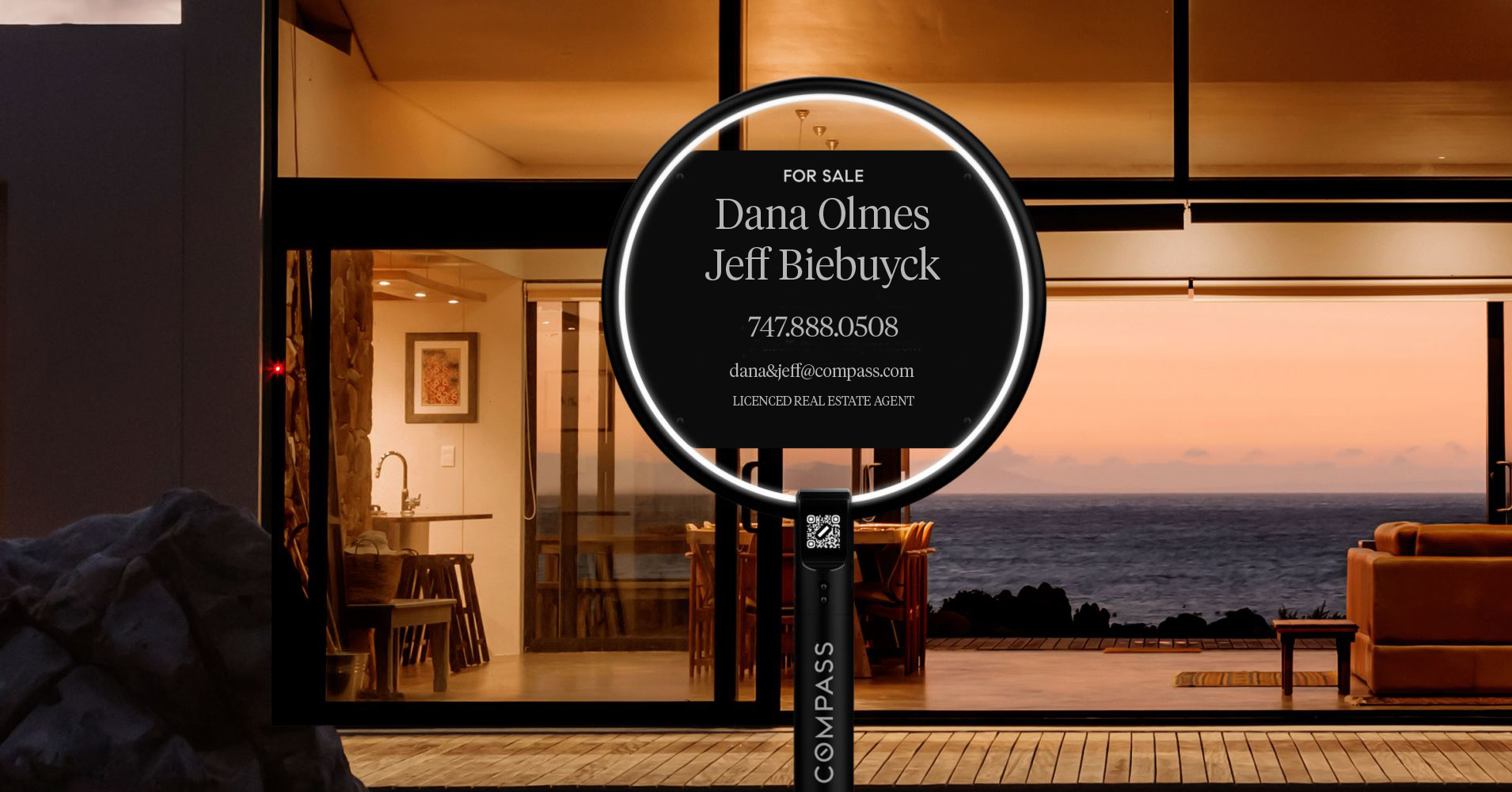 Compass has unveiled a potentially groundbreaking new customizable real estate sign that its agents can control from their smartphone at Inman Connect San Francisco﻿.

“At the end of the day, the sign is really one of the core elements of an agent brand and so we really feel like this helps elevate our agents’ brand individually,” Matt Spangler, Compass’ chief creative officer told Inman, when we got a chance to preview the sign last week.
Physical real estate signs have seen little innovation over the years. Maybe the printing has gotten better, the pictures are a higher resolution and the typeface looks cleaner. But for the most part, the tried-and-true format remains: a rectangle and a stake in the ground. This important icon of the industry has remained mostly static.

Maëlle Gavet, Compass’ chief operating officer, told Inman that the company’s new sign is an important part of Compass’ full technological ecosystem. The company declined to provide to Inman how much was spent on research, development and the first prototype.

At first glance, Compass’ new sign looks demonstrably different, which is a statement in itself. It’s a powder-coated metal circle with a customizable inner light-tube encasing an informational board with the listing agent’s name, phone number, email address and title. But its capability goes far beyond the advertising basics.

When prospective buyers or interested parties with the Compass app draw within 20 feet of the sign, they will receive a notification on their smartphone thanks to beacon technology. From there, the potential client will be taken to the listing page in the Compass app.

For those without the app, they’ll be able to walk up and scan the QR code which will prompt them to the app page and the listing.

“By simply swiping right and opening your camera with the easiest movement on the phone, you can just put it up to the sign and view that QR code then you’ll get taken directly to that listing through the app,” Spangler said.

Agents can sync their phone to the sign through their agent app to customize the aesthetic, from the light tube’s animation – differing lengths, how many times the light goes around and when it triggers, etc.

“Over time, they will be able to start tracking all of the interactions they’re having,” Spangler said.

The signs come with a rechargeable battery, which according to Spangler, will last for approximately 25 days at 200 animations per day.

The first 500 signs will be available for presale in July and start shipping this fall. Agents will have to purchase the signs through Compass – the cost for the sign and an advertising campaign through a partnership with mobile navigation app Waze will be under $1,000. Compass declined to provide the specific price, but noted that the initial run of signs will all be made in America and that the price was higher due to the quick turnaround from the idea’s inception.

The visual will be limited in some cities – Spangler estimated less than 40 percent of Compass’ markets – due to light pollution restrictions. He told Inman the soft glow is very different from traditional lighting, however, so it will be a very different kind of light.

“The first interactions we’ve had with our agents in small groups –- they’re all very excited,” Spangler said. “There’s no hindrance at that price point. For what they already spend on stuff they feel like is many times non-effective.”

Compass will also be rolling out support and insurance to help real estate individuals protect the investment if vandals or an enterprising scrapper gets their hands on the sign.

The partnership through Waze will allow the signs to appear as pinpoints on the map, so a car passenger that’s navigating could click on the pinpoints to see the listings.

Technology and innovation still to come

Spangler was careful to point out that this is the just the start. Compass has a number of ideas for how the sign will seamlessly fit into the greater technology ecosystem in the not too far future. One thing it’s working on now, that won’t be ready for the initial rollout but could be available by early next year, is turning the signs into an augmented reality hub.

“In the Compass app, you can open your phone and you’ll be able to see unique information about the house like neighborhood data” Spangler said. “Imagine a 3D model of the house. If there’s a piece of land there only, you can see a house on top of the land.”

Spangler imagines a time where a prospective buyer walks up to the sign, opens the app and changes the paint color of the house right on their phone, or makes it brick.

Compass also envisions a future where it can integrate the sign with smart home technology for agents. The sign could theoretically become like a lockbox and the home could be opened by the agent’s phone, just from walking up to the sign, or the agent could use that same technology to control the lights.

The company also talked about a future where the sign can become an even more customizable messenger for the prospective client that approaches with his or her smartphone in hand. It envisions a day when the agent could tailor the notification or landing page to be specific to an event like an open house, or even do away with the old board and text advertising and customize digital text with the push of a few buttons.
For More Information Click Here