The Oaks of Calabasas has been announced as the most popular neighborhood in the country! The Oaks of Calabasas, a doubled-gated Los Angeles suburb, has been ranked #1 in the Zillow top 20 list. Four additional Los Angeles-area communities rank in the top 20, which is based on Zillow page views per listing from January 1 through March 31.

They include Calabasas, Bel Air, Beverly Glen and the Hollywood Hills, all celebrity hot spots that have been home to everyone from Real Housewives and Kardashians to Jennifer Aniston and Leonardo di Caprio. Rounding out the area’s popular neighborhoods is the exclusive mountains-to-beach enclave of Point Dume in Malibu. 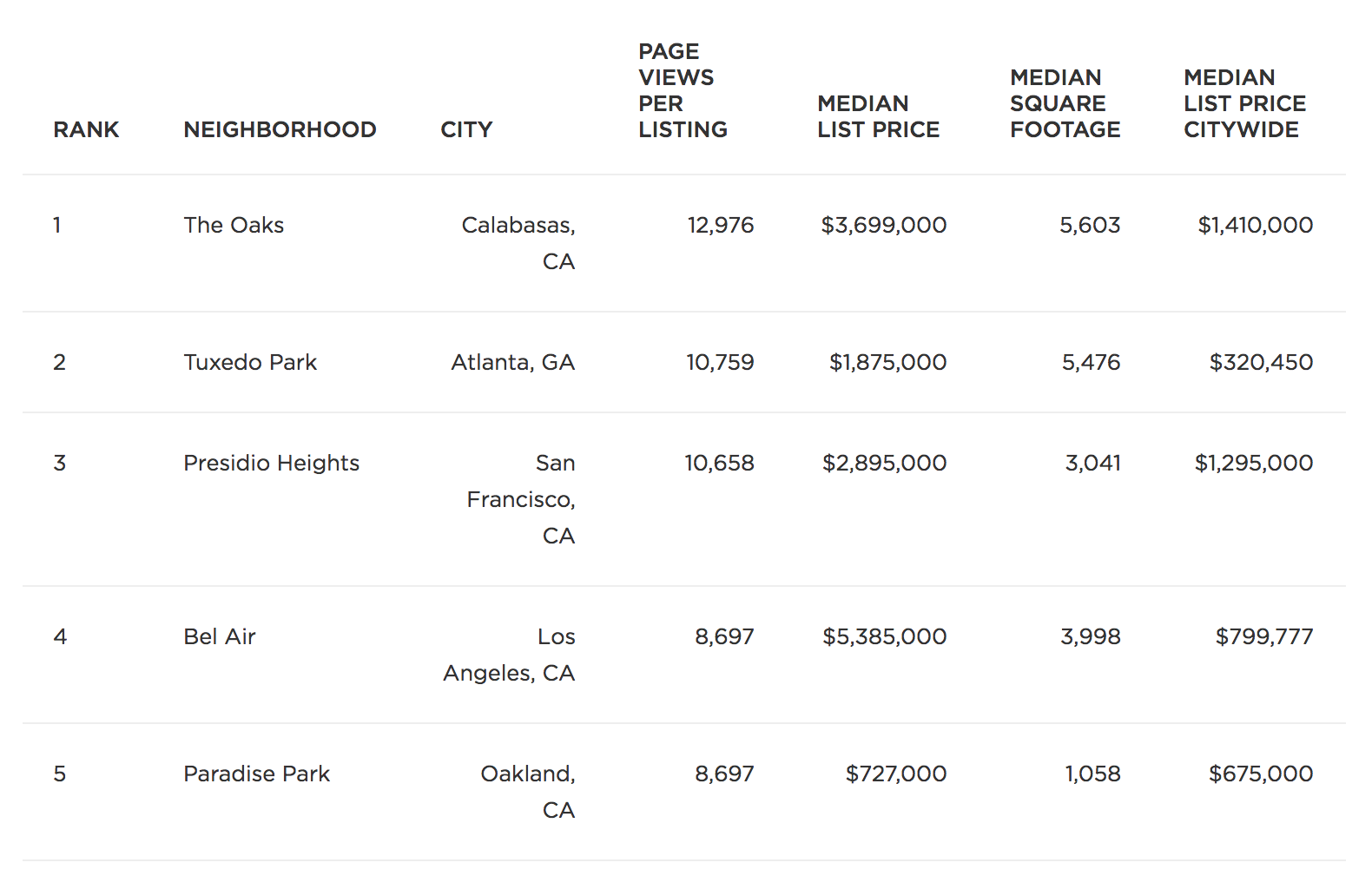 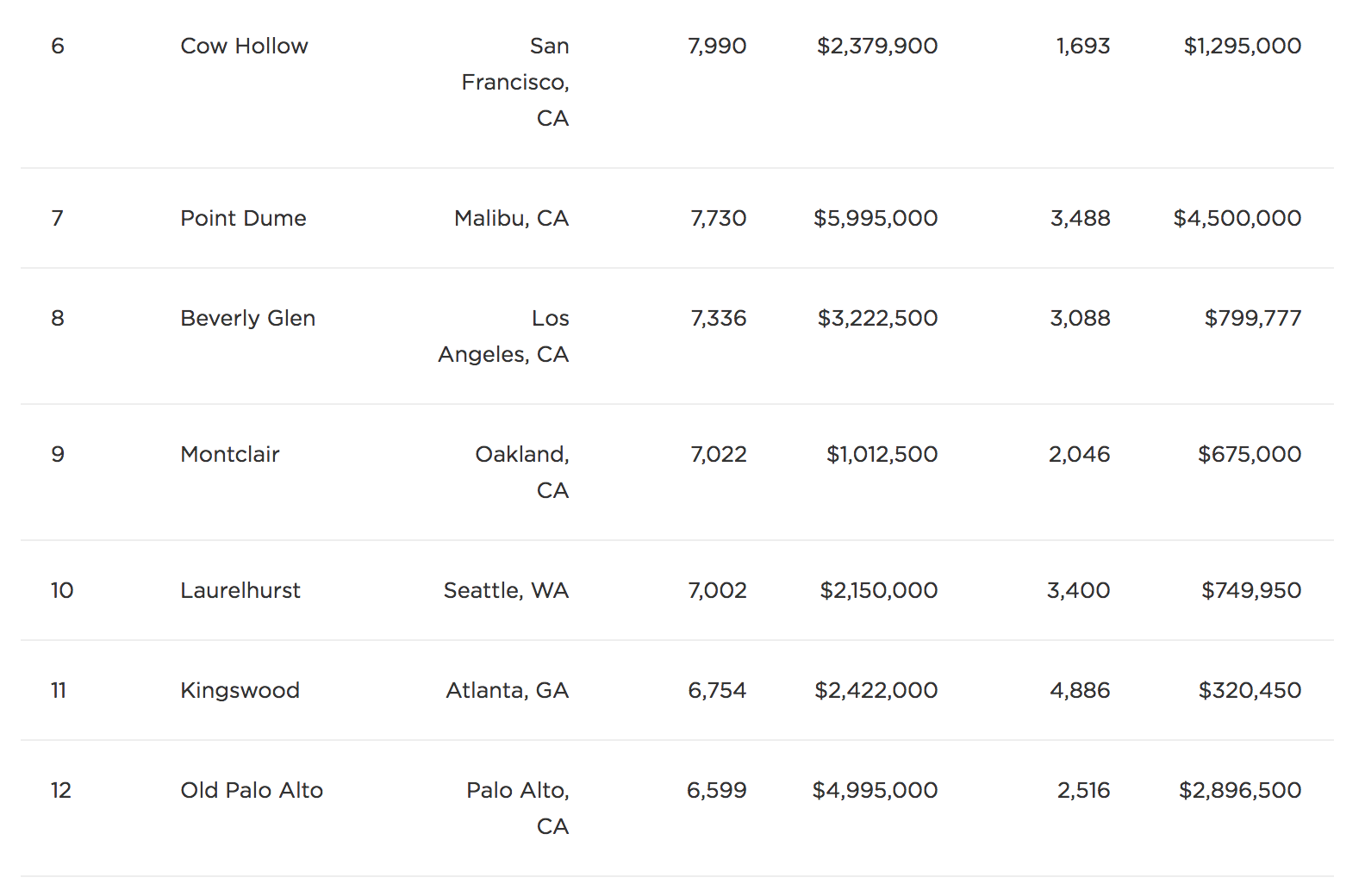 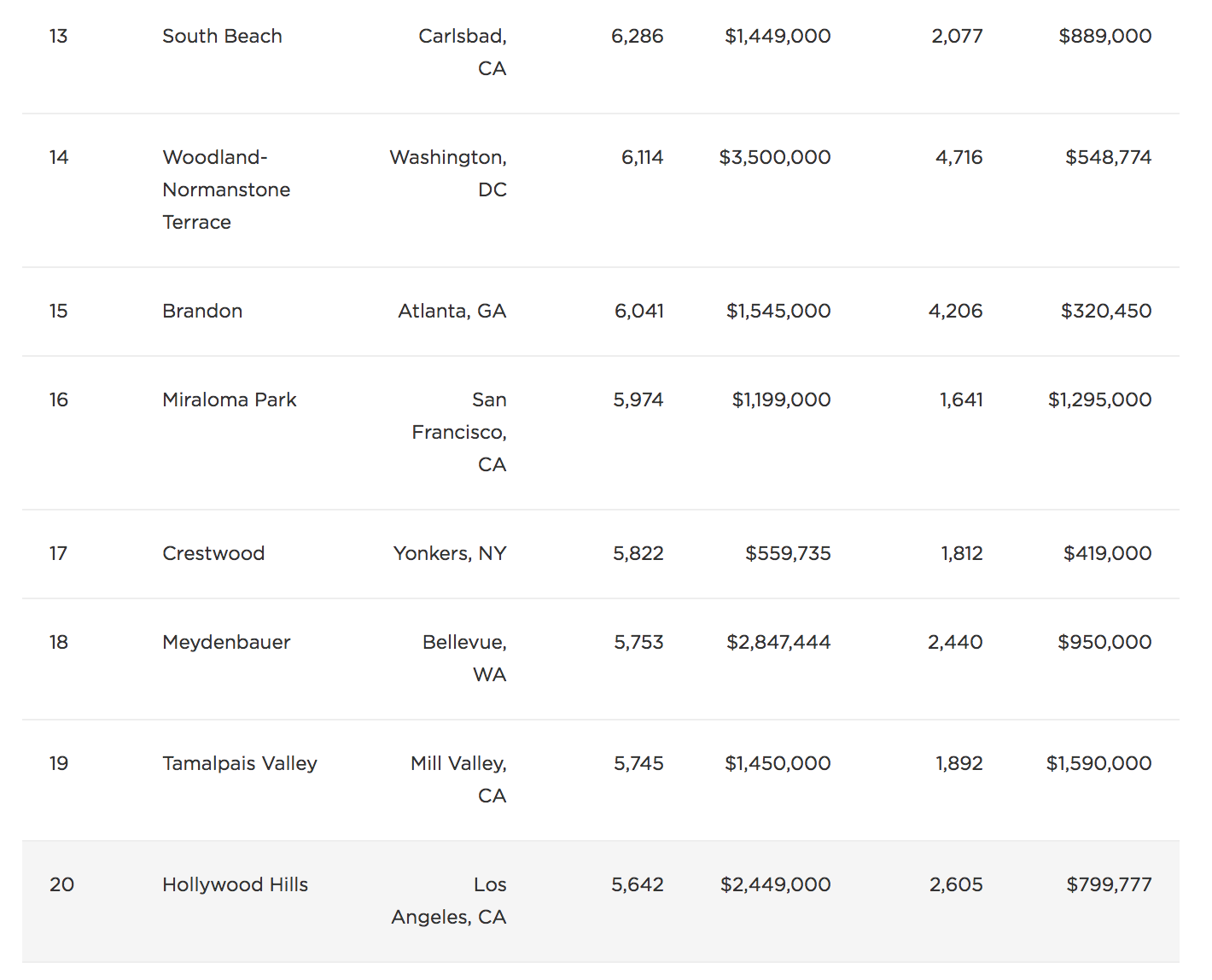